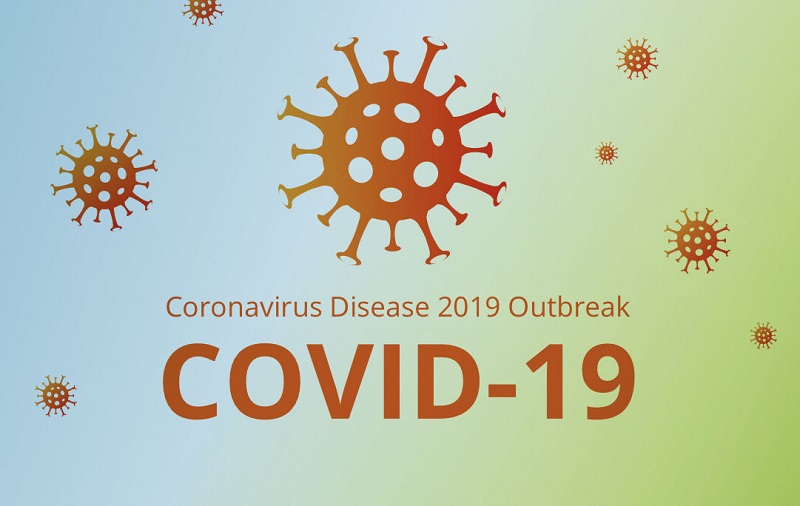 New Zealand will extend its current coronavirus restrictions for another week as the country reported one new case on Monday.

“Cabinet has decided on a short extension to the current restrictions of alert level 2.5 for Auckland and level 2 for the rest of the country,” said Prime Minister Jacinda Ardern at a news briefing.
“For Auckland, cabinet will review the current level 2.5 settings at our meeting on Monday the 21st of September with a view to increase gathering limits for Auckland if we are in a similar position for containing the cluster,” she said.

If that change was agreed, the new measures would come into effect on September 23, according to Ardern.

“As we know more cases will emerge from this cluster's tail, these cases can still continue to pose risks,” she warned.

Under the extended restrictions in Auckland, social gatherings are limited to 10 people while businesses can open as long as they follow social distancing guidelines.

Ardern said the cabinet had agreed “in principle” that the rest of New Zealand outside of Auckland will move to level 1 restrictions at 11:59 p.m. on September 21, as long as cases continue to “track as they are and maintaining the containment we have seen.”

She also praised New Zealand’s testing efforts. “Over 100,000 tests have taken place nationwide that have not shown any spread of the virus to date in other parts of New Zealand, despite the resumption of inter-regional travel," she said.

So far, New Zealand has reported a total of 1,447 coronavirus infections and 24 deaths.

This is the state's lowest daily increase in infections since June 26, according to statistics from the department.

The total number of cases confirmed in Victoria now stands at 19,870. Seven deaths were also recorded on Sunday, bringing the total death toll in the state to 730.

Protests: Over the weekend, anti-lockdown protests were held in Melbourne, leading to the arrest of at least 88 people. Video of the demonstrations showed police in riot gear arresting protesters in the streets while onlookers chanted “freedom.”

On Sunday night, Victoria also began slowly lifting certain coronavirus lockdown restrictions, according to Victorian Premier Daniel Andrews. In Melbourne, playgrounds and outdoor fitness equipment have been reopened, while those living alone or single parents are allowed to have one other person in their home.

Israel approved a second general lockdown on Sunday evening as coronavirus cases surge across the country. The lockdown, which is expected to start Friday afternoon, will see the country return to many of the same severe restrictions of the first lockdown back in April.

Schools, restaurants (except delivery), and entertainment venues will all close, as well as other businesses, for an initial period of three weeks. The public sector will operate with a limited workforce, while private sector businesses can operate as long as non-employees do not enter the workspace.

Restrictions will be eased once Israel records a sharp decline in infection rates, though no number has been put on what might constitute such a decline.

At a cabinet meeting earlier Sunday, Israeli Prime Minister Benjamin Netanyahu said the country's coronavirus czar had raised "a red flag regarding the ability of the health system to handle the challenges that are upon us, and (thus) the need to take the necessary steps as a result."

By the numbers: Netanyahu announced the lockdown after coronavirus cases surged last week, hitting a new daily high of 4,217 cases in 24 hours on Thursday, the third straight day with more than 4,000 new cases recorded.

The number of patients in serious condition has also steadily climbed, reaching a high of 513 serious cases and 138 on ventilators as of Saturday.

US President Donald Trump offered a glaring new example of his refusal to put medical science before politics with a large indoor rally Sunday night that made a mockery of social distancing, while the pandemic he mismanaged has now claimed more than 194,000 American lives.

The event in Nevada -- his second rally in the state in as many days -- did not only risk the health of those present, thousands of whom were packed together inside a manufacturing facility in defiance of the state's ban on local gatherings of 50 people or more. It also has the potential to turn into a super spreader event that could seed Covid-19 outbreaks in the wider community.

Trump hadn't held an indoor rally in nearly three months, since his last one, in Tulsa, Oklahoma, after which the city saw a surge in cases and multiple campaign staffers along with Secret Service agents tested positive for the virus.

The jarring scenes of the indoor event clashed with footage from the first weekend of NFL games that went ahead in cavernous empty stadiums, reflecting how almost alone the President, who might be expected to set an example, is responsible for the most dangerous breaches of his own government's coronavirus recommendations.

Rare precautions: CNN's Brian Stelter reported that major television networks, including CNN, decided not to send their crews and correspondents into the rally for their own safety. It's not unusual for media companies to take steps to shield their employees in war zones abroad, but such precautions are exceedingly rare on home soil.

A train in Manila during the Philippines’ lockdown, which was one of the strictest in the world. Photograph: Ted Aljibe/AFP/Getty Images

Officials in the Philippines say the coronavirus pandemic is fuelling a new problem in the country: a surge in plant poaching.

The country’s lockdown earlier this year, one of the strictest in the world, helped drive demand for greenery among Filipinos who were longing for nature. Though restrictions have since been eased, the craze for gardening has continued, and officials say sellers are digging up endangered species from the country’s mountains and forests.

Illegal traders were “having a fiesta because the market is bigger and prices are more attractive”, Rogelio Demallete, an ecosystem specialist at the country’s Biodiversity Management Bureau, told Bloomberg.

Officials have vowed to crack down on poachers, promising to step up patrols of forests and warning that people could face hefty fines, and jail sentences of up to 12 years if they collect wild plants that are classified as critically endangered.

The Philippines’ rich and diverse habitats, which are thought to contain at least 70% of the world’s flora and fauna species, face threats ranging from mining and logging to development.

Over recent months, entrepreneurs and workers who lost their incomes during the pandemic have begun selling plants in order to make ends meet. Demand for house plants is especially high in Manila, one of the world’s most densely populated cities.

The capital and surrounding regions, which were under strict lockdown between mid-March and June, face partial restrictions until the end of September. Such measures limit non-essential movement, while social gatherings are banned.

This month, the Philippine Daily Inquirer newspaper reported that the quarantine measures had fuelled huge increases in plant prices, and cases of theft. Amor Alcantara, the owner of the garden store Ms Potts and Plants in Rizal, said that about 9,000 Philippine pesos’ (£145) worth of dwarf anthuriums had been stolen from her garage. “For me, it’s like having a ‘plantdemic,’” she told the newspaper.

Yoshihide Suga has been elected as the new leader of Japan’s ruling party, and will officially become prime minister on Wednesday. Photograph: Kim Kyung-Hoon/Reuters

Yoshihide Suga is poised to become Japan’s prime minister after he was comfortably elected to lead the ruling party following the resignation of Shinzo Abe.

Liberal Democratic party (LDP) MPs from both houses of parliament and representatives from prefectural party chapters voted overwhelmingly for Suga, with the Abe loyalist emerging from the poll on Monday with 377 of the 534 votes, well ahead of Fumio Kishida, a former foreign minister, with 89 votes, and Shigeru Ishiba, a former defence minister, with 68.

Suga, who has been the public face of the Abe administration during almost eight years as the government’s top spokesman, will officially become prime minister after the LDP-controlled lower and upper houses vote on his appointment on Wednesday.

The 71-year-old son of a strawberry farmer in rural northern Japan quickly emerged as the favourite to replace Abe, who announced his resignation last month on health grounds, after securing the support of major LDP factions.

Analysts said Suga also benefited from the controversial decision to limit votes to MPs and local chapter delegates, and exclude more than 1 million rank-and-file members, among whom Ishiba had consistently come out top in opinion polls.

Suga’s most urgent task will be to sustain a recent fall in daily coronavirus cases while attempting to steer the world’s third-biggest economy out of a prolonged recession, worsened by the pandemic.

He must also work with Tokyo organisers and the International Olympic Committee to devise a plan to rescue next year’s summer event, which has already been postponed for a year due to the coronavirus outbreak.

Suga will be confronted with issues Abe failed to address during his long period in office, including Japan’s ageing population, low birthrate and poor record on gender equality.

Suga, who has admitted he lacks diplomatic experience, is widely seen as the Abe continuity candidate, a label he did little to dispel during his leadership bid. His predecessor’s economic policy – a combination of huge government spending, ultra-easy monetary policy and structural reforms – would remain untouched, he said ahead of the vote.

Suga’s landslide victory has fuelled speculation that he could attempt to capitalise on his popularity with a snap election next month to boost his chances of winning a full three-year term when the LDP holds a leadership vote next September.

Taro Aso, the finance minister, was the latest senior LDP figure to suggest that a general election was imminent. “The next administration will likely face criticism for being formed without a public mandate,” Aso said in a speech on Sunday, according to the Kyodo news agency.

“If that’s the case, I feel like (the new prime minister] is going to dissolve the lower house.”

Suga has refused to be drawn on the prospect of an early election, telling reporters at the weekend that his priority was striking a balance between preventing fresh Covid-19 outbreaks and encouraging economic activity.

Covid in Yemen: The city where all the doctors fled - except one

During the height of the pandemic in Yemen, there was only one functioning hospital in the city of Aden, which is home to more than a million people.

Afraid of Covid-19 and with barely any PPE available, most doctors fled - leaving Dr Zoha as the only doctor left in the city willing to treat Covid patients.

Nearly six months since the virus spread in Yemen, the BBC is the first international broadcaster to reach the country to see how people are dealing with the pandemic.