i_need_contribute
How Thailand is using a 'cheap and effective' traditional herbal medicine to treat coronavirus
author：Siobhan Robbinssource：SkyNews 2021-10-11 [Medicine]
Thailand's government is using green chiretta to treat people with asymptomatic or mild coronavirus infections, following a trial in prisons which found that 99% of those who consumed the plant recovered.

In Thailand's fields, convicted criminals tend to a precious crop.

In the blazing sun, in neon orange tops, they bend and scrape, painstakingly weeding the ground around neat lines of dark green plants.

They're growing green chiretta (Andrographis paniculate) - or Fah talai jone, as it's called in Thailand.

It's a traditional herbal medicine commonly used in Thai homes to treat colds, but is now playing a central role in the country's fight against COVID-19.

"Its properties help to reduce fever and coughing," one of the prisoners tells me.

In jail for drugs offences, the 31-year-old is now tasked with harvesting a plant which has been used to treat more than 69,000 other offenders with coronavirus.

"I feel proud to be looking after these Thai herbs that are used to help cure prisoners who have COVID," he says.

After his team snips and gathers all the mature stems, the plant is dried and ground by another group.

The dark green powder is then packed into capsules before being shipped to other prisons nearby. 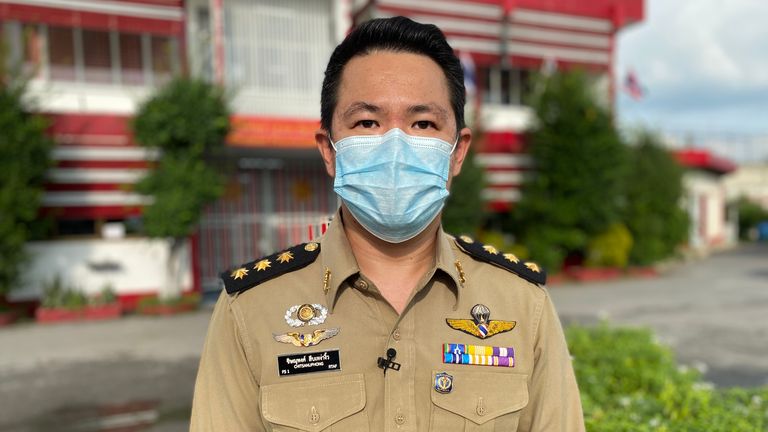 In July, Thailand's cabinet approved green chiretta for use in people with asymptomatic or mild coronavirus infections following a successful trial in prisons.

The government claims that out of 11,800 inmates who took it to treat coronavirus, 99.02% recovered.

A few miles down the road from where the plants are being harvested, Chainat jail is one of those using the herbal remedy.

During an outbreak of COVID-19 in August, more than 700 inmates took 15 pills a day for five days.

Staff say all of them recovered. 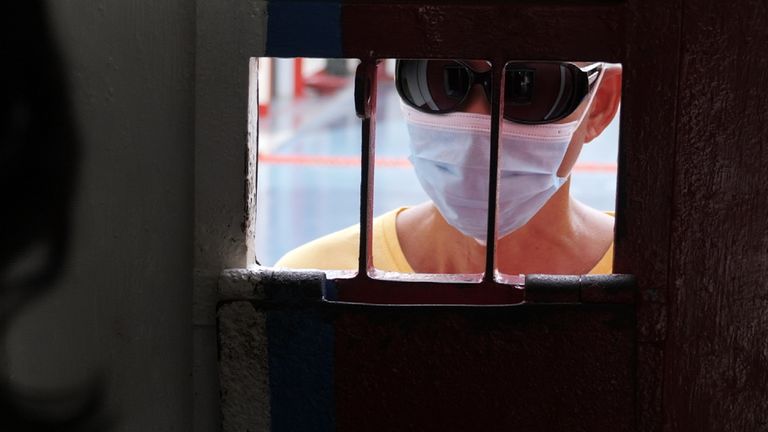 Image:Poj, an inmate at Chainat jail, says his COVID symptoms 'reduced' after he took green chiretta

"From the research, green chiretta has a substance called andrographolide, which is the substance that helps limit the spread of the virus," he explains.

"After taking green chiretta, the prisoners had better chest X-ray results, fewer symptoms, the disease was less severe, and they returned to normal quickly," he adds. 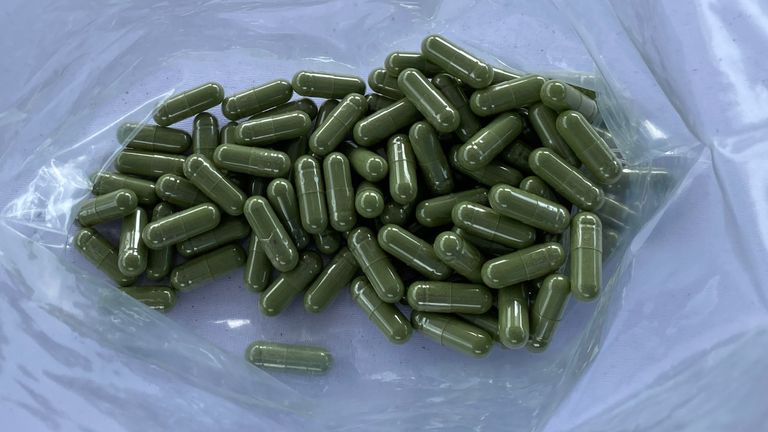 Often overcrowded and cramped, the virus has spread rapidly in Thailand's jails.

Around a quarter of the country's prisoners tested positive in the six months from April 2021.

Severe infections are still treated with antivirals or hospital care, but cheap and available green chiretta has offered Thailand an alternative option for those in the early stages of COVID-19 at a time when the country has been tackling a surge in cases. 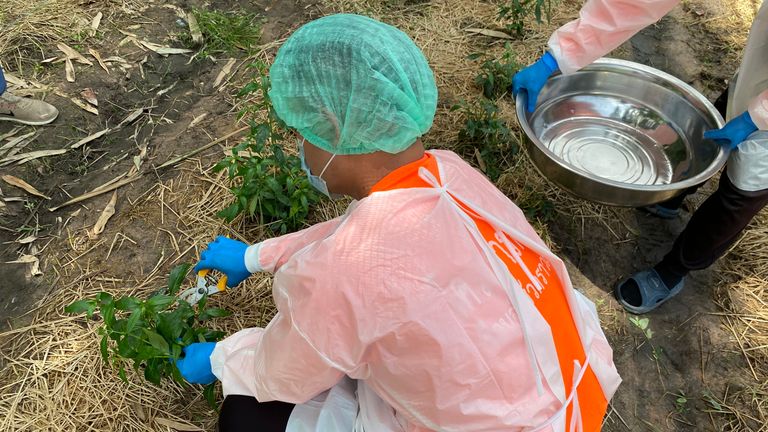 Image:Prisoners tell Sky News they are proud to be harvesting green chiretta

"In prisons, we sleep close to each other, so we can't [social] distance," says Poj, one of those given the tablet at Chainat jail.

His name has been changed to protect his identity.

"I had a high fever, then after taking green chiretta, the fever reduced," he explains. "[My] sore throat and cough also reduced when I took green chiretta for five days."

Some 141 jails around the country now plan to produce 38 million green chiretta tablets by November. They'll be used to treat more inmates. Image:Experts say the plant contains a substance called andrographolide which helps limit the spread of the virus

The government has also been trialling the treatment in some hospitals and is encouraging 24,000 villages to grow the crop, so they have supplies.

"If we use modern medicine, the cost is 20 times, 30 times, 50 times higher... and in the prisons, it's very crowded," Somsak Thepsuthin, Thailand's minister of justice, tells me at a chiretta event in Bangkok.

"We must have this to treat people. If it's a mild illness, we can use this medicine, as it's inexpensive and effective."

But green chiretta isn't a silver bullet to cure the world of COVID-19. 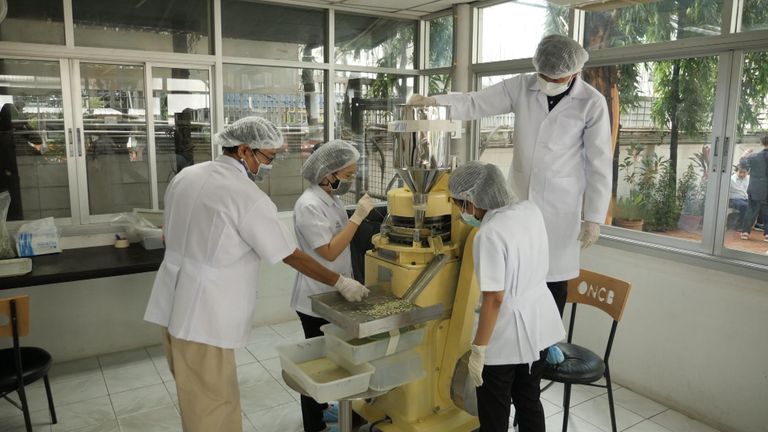 Image:Green chiretta is traditionally used to treat colds but is now being produced as a COVID treatment

Thai authorities have only cleared it for use in mild cases - it doesn't stop you from getting the virus, and it isn't a substitute for a vaccine.

Critics in Thailand say more testing is needed to prove its efficacy.

"Andrographolide is referred to as a substance found in green chiretta that helps suppress viruses and inflammation," says associate professor Dr Mayuree Tangkiatkumjai, of the department of clinical pharmacy at Srinakharinwirot University.

"However, COVID-19 is still a new emerging infectious disease, so there is no sufficient research to confirm that green chiretta can prevent and cure COVID-19 yet." While she supports people with colds using it at home, this is no replacement for antivirals in severe coronavirus cases.

"The suitable amount of andrographolide for patients is still debatable, and it still needs further studies to verify its efficacy and side effects," Dr Tangkiatkumjai adds.

Two more trials of green chiretta involving COVID-19 patients with mild symptoms are being conducted on 1,400 people, with initial results due next spring.

While Thailand has also been investing in revolutionary coronavirus vaccines and antivirals, green chiretta, a traditional herbal pill, has a new role in fighting a modern pandemic.